Welcome to my Bulletproof Profits review. I received an email recently about this product, which recently came on the scene. I wanted to add this to my many reviews. I want to congratulate you on doing your homework. There are so many make money products online. It is hard to know what is legit and what is not. Especially if you are a newbie to how making money online really works.

Let’s see if Bulletproof Profits is legit or not.

But wait… if you tired of all the B.S. online check out my #1 recommendation

What is Bulletproof Profits?

As I looked at the sales video I said to myself, “Oh boy, here we go again!”  The sales video claims that this product taps into a secret goldmine worth over $685 billion dollars and it contains a legal loophole that is used to take advantage of this multi-billion dollar goldmine.

You don’t need any skills. It does not take a lot of time. It just takes 15 minutes to make over $2k.On the sales video, Justin talks about how he was having financial troubles. His friend named Alex introduced him to a system he was using to make money.

After tweaking and modifying Alex’s system, Justin has come up with his own system that can make you boatloads of cash.

It has nothing to do with Bitcoins or Shopify. It does not involve anything illegal.

This system is all about making money with Amazon. Bulletproof profits consist of pdf.s and some video training.

Well, it does not work. Do you really think someone is going to sell you something that can make you $2,000 for only $9?

This is where the upsells come in at and this is how they make the money.

#1 Bulletproof Profit Turbo – $197– This is top secret Amazon loopholes that will get you free traffic on autopilot and 10x the amount of money for you.

#2 Bulletproof Paydays – $145– There are no details for this upsells. But if you pay this amount you will make 10x the cash faster.

Money back guarantee because it is a ClickBank product.

Is Bulletproof Profits a Scam?

Some people would say it is not a scam because you get some training and you can get a refund. But I will let you be the judge of that after I point out a few red flags.

I see they use the scarcity tactic. They want you to believe that if you don’t buy now you will not have the chance later because the opportunity will be taken offline.

The income claims are laughable. Who is going to make thousands of dollars on the first day? If you believe that one I have a bridge to sell you. There are people making money with Amazon every day. And you can do it also. But it is going to take more than 15 minutes and 7 clicks to do it.

This is what’s misleading about Bulletproof profits. They want people to believe that it’s so fast and easy to make money online. They are counting on selling to people who do not know how making money online really works.

Fake testimonials. The image is supposed to be live social proof from Facebook feeds. As you can see there is a picture of a woman named Liz Harper. She claims she has made $10k in only 47 days of being a member of Bulletproof Profits. 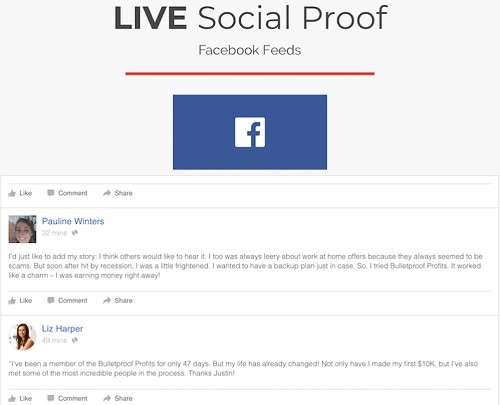 Now, this is another red flag. Below is an image of “Liz Harper”, which is probably not her real name. This is an image on a site called Shutterstock. This is the exact same image. Why do they want to lie? If the product was all that… why don’t they have real testimonies? This is where she is really making her money from….selling her image. 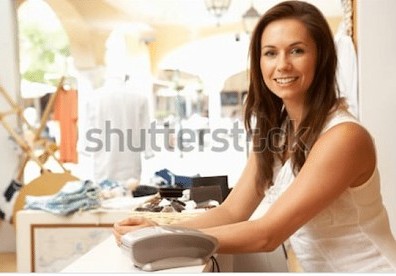 This woman in the image below claims she and her sister made over $5000 the first day using this money making system. She claims, “It’s the best system out there.” 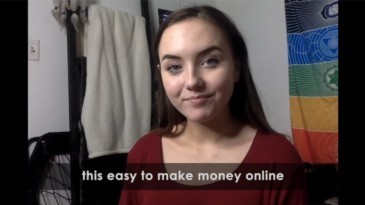 And here she is in the image below selling her services on a site called Fivver. So, therefore, she is not making money using this system with her sister as she said. Talk about lying. Can’t the creators come up with some real-life testimonies?  This woman has probably never heard of Bulletproof Profits.

The system must not be about much if they have to get paid actors to lie and hype it up. 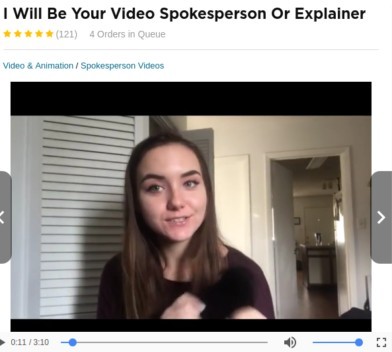 This product reminds me of other reviews I have done where they pay actors to give testimonials. Such as:

Well like I said there are too many red flags for me. What about you? What do you think? Would you call it a scam after reading this review?

It takes the right training, time and patience to make money online. There are no push-button systems, no done-for-you websites that can make you money online. You are not going to make $1,000’s with a few clicks and no work.

There are no “secrets” that nobody have heard of. I’m sick of scammers talking about “loopholes” they found to make money. There is nothing new under the sun concerning making money online.

All it takes is the right step by step training, sweat equity, some money and time. This is how it is done the correct, long-lasting way.

If you want to learn the long-lasting way take a look at my #1 recommendation. It is an online learning platform that teaches you how to make money online. It is free to try.